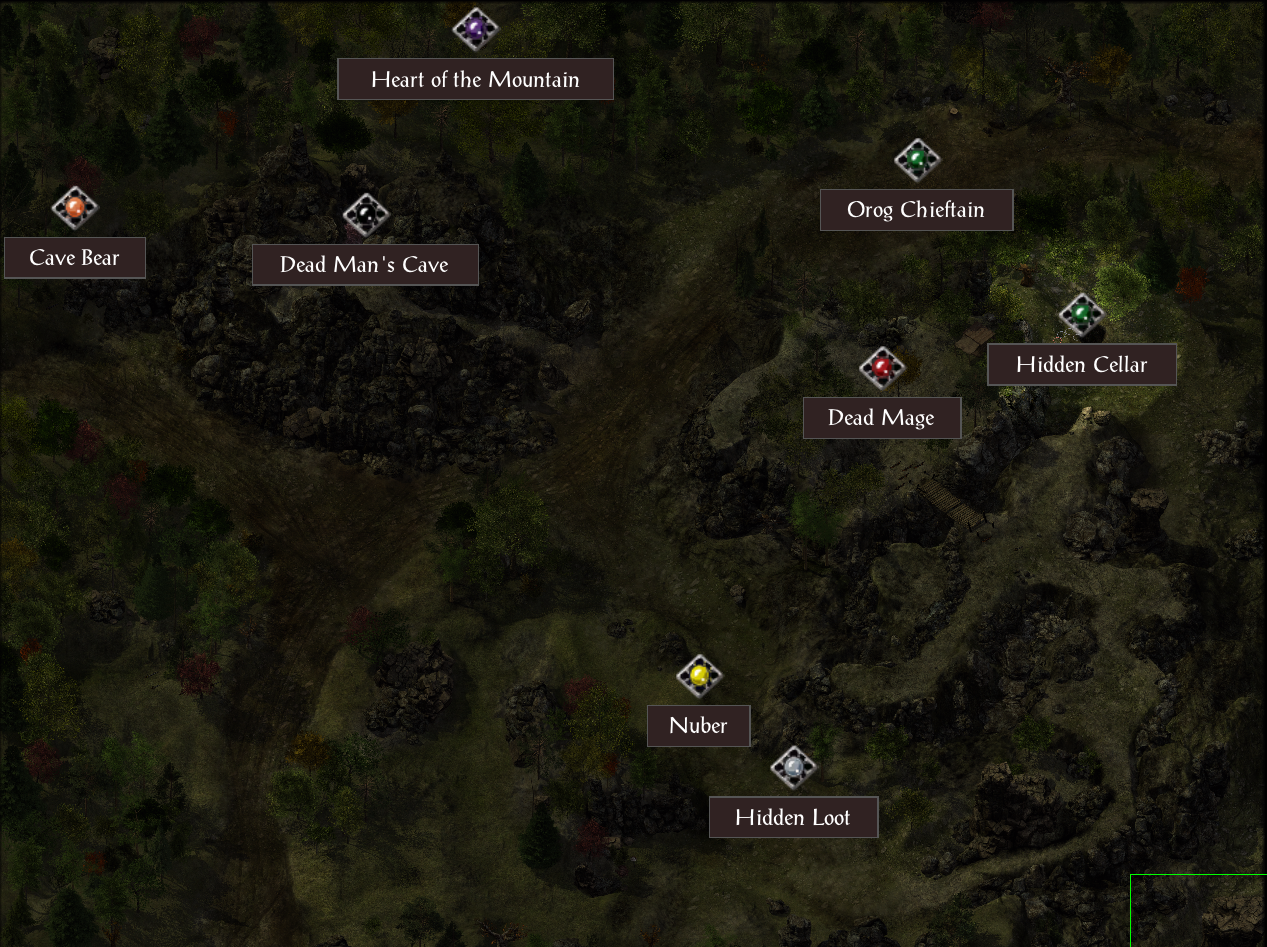 You only need to be faster than the slowest refugee.

East of where we enter the area, a group of fleeing refugees are being chased by wolves.

A couple of refugees displaced by the crusade who are now selling minor trinkets on the roadside.

In the northern parts of the area is a wandering cave bear (900 xp, Fine Bearskin). We can use the hide to make a new pair of boots for Helvdar back at the coalition camp.

As we head northeast up the pass we run into Ephrik the mercenary. He’s looking to join the crusade and other than recognizing us and promptly leaving it appears he is just part of the local scenery.

In the northeast part of the area, we come across a group of orogs and their chieftain (250 xp, The Protector of the Unworthy).

Heart of the Mountain

Along the northern edge of the area, an orog hunting party met an untimely end at the hands of a hamadryad and some shambling mounds. One of the corpses still has the Heart of the Mountain around its neck.

This must be the dead guy this area is named after…

Atop an outcropping of rock in the area is a cave with a lone corpse littering its entryway.

In the south portion of the map is tree hollow containing The Forest Queen’s Benediction.

Nüber has a life insurance plan this time around.

Yes, there is a nü Noober.

In the southern part of the map, a gnoll & kobold are questing for adventure as they seek to one day tell tales of their own travels.

Editor’s Note: The story behind these two is adorable. A redditor named Larlock1 had been telling their kids (ages five and six) the Baldur’s Gate plot as a bedtime story. Charname was a dwarven fighter named Faragrim. One day after work the six-year-old presented these cute pictures. Beamdog liked them so much they immortalized the kids with their own in-game sprites and likeness of the drawings! 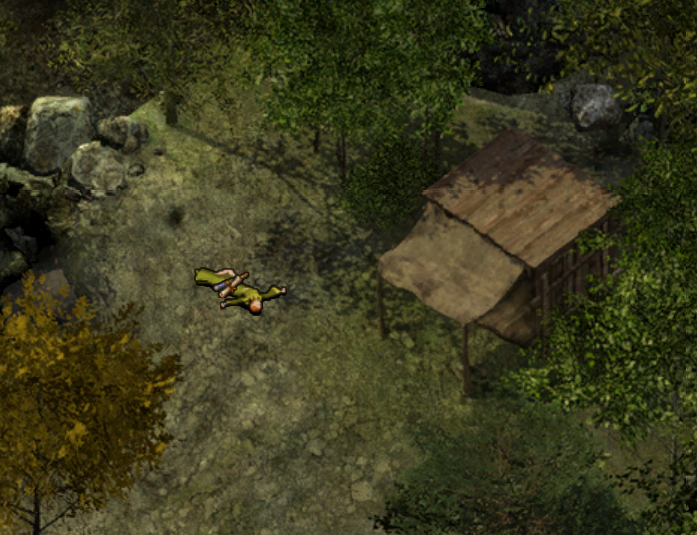 The interior of the crude shack offers some protection against the elements but little else of value.

We find a dead mage just outside a ramshackle hut. It seems the items she carried are semi-random. A Scroll of Sunfire & Wand of Paralyzation appears to be constant. 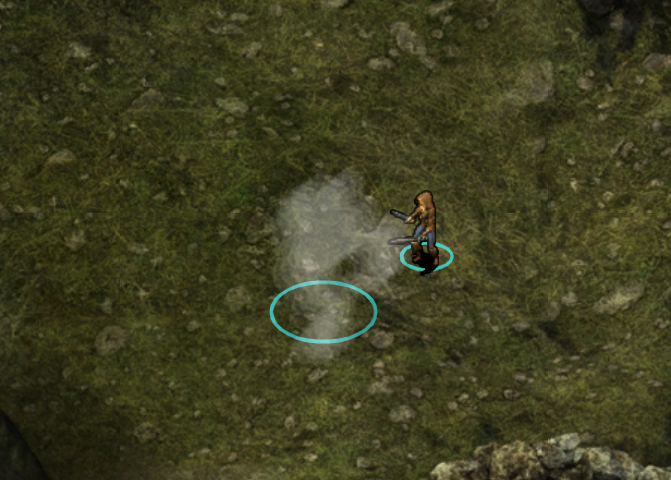 We can save this tiefling who was traveling in the Elemental Plane of Earth where she encountered a Greater Earth Elemental. We can only use the spectacles on one of them.

Near where we encountered Raeanndra and the elemental is a hidden cellar covered with boards.