Belladonna Bush [The Call of the Wild Mage]

Another one of Neera’s components, Belladonna, can be found in these woods. We will see the familiar loot symbol when we hover over the bushes, but they do not show up when we hit TAB.

It appears the Lord Dushwick has lost some of his belongings due to his servant being unable to carry their weight and suggests we drop what we are doing to help.

A grumpy old druid named Onoroth lives in these woods and if we came to Bloodbark Grove looking for him at Dosia’s recommendation he can help us cure the sick people at the coalition camp. He will ask us to help him first by killing a diseased basilisk and bring him its claw. There has been a basilisk sighting to the north. 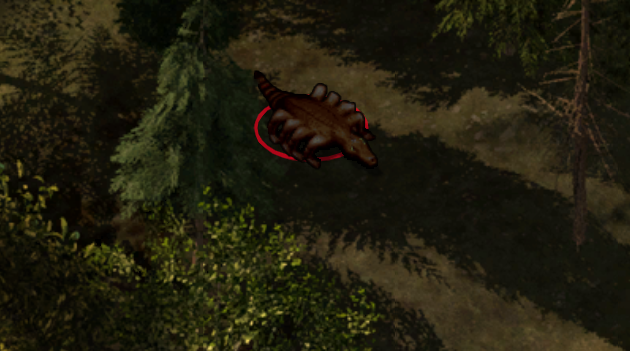 Protection against petrification is always a good idea with these creatures.

Either by helping the druid rid the forest of the diseased basilisk or passing the ability check we receive the Blackthorn Bark Cure.

Dark green mold grows on the bark of this ancient tree.

There is a strange ancient tree that has the bark Dosia wanted us to find in order to heal those sick people back at the Coalition Camp (Blackthorn Bark Cure).

Editor’s Note: Unless we came to the grove seeking the druid Onoroth interactive with the ancient tree will provide the cure we need. 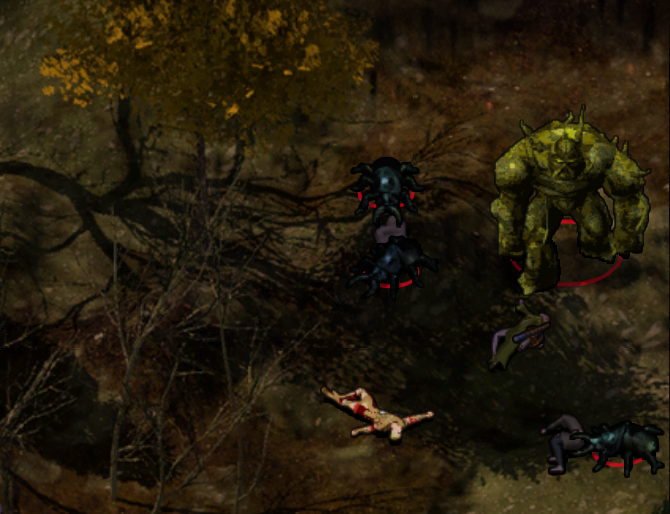 A Shambling Mound stands over several corpses on the northeastern edge of the map. It’s not clear what this small group were doing in the grove, but their journey has come to an end.

Laying on the ground we find a Clasp of Helm, Wand of Fear, and Scroll of Summon Lesser Earth Elemental.

In one of the pillars where we confront the Skeletal Mage. The hidden cache contains a Star Sapphire and several miscellaneous gems.

A low moaning emanates from the well. As you approach it goes silent.

All that remains from an old hunting cabin are partial walls and foundation with a cellar door. Nearby there is a suspicious old well. As we approach the cellar door the corpse of a woman lays on the ground, her charred journal beside her. 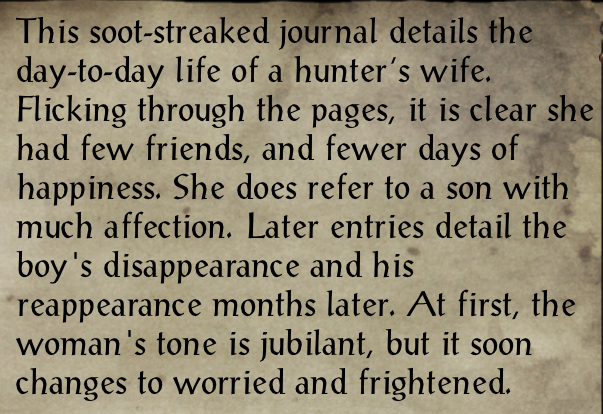 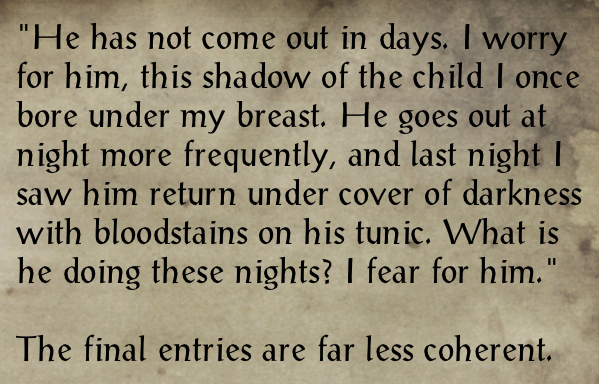 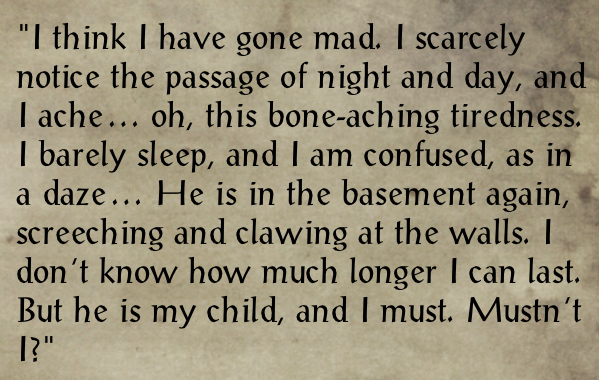 What are these noises coming from the well? And how did this woman meet her end? Perhaps we can learn more by descending into the cellar.