The faintly luminescent symbols on the cavern wall have been carefully painted there. You can only guess at their meaning.

The chalk-white markings on the cavern walls doubtless mean something to someone, but you are not that person.

In addition to one or more bugbears, this crude tent is home to thousands of maggots crawling over the pile of bones and rotted meat near its entrance. 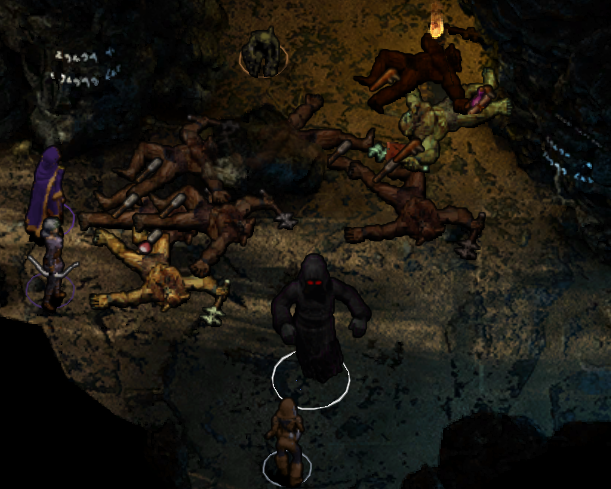 We can use the Spectacles of Spectacle on a greater shadow where we enter the bugbear caverns. We can either convince the shadow to attack the bugbears to the south or kill it (3000 xp).

Editor’s note: Save your charges. 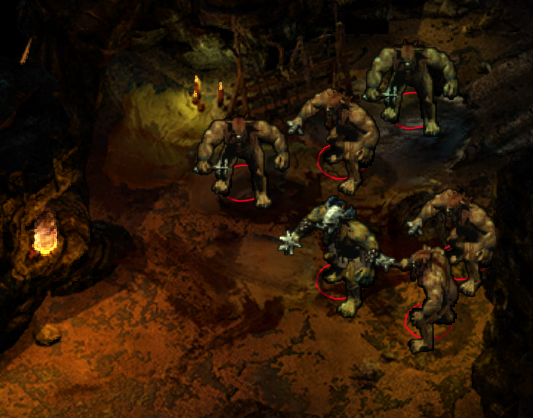 Snorgash is the bugbear chieftain of this clan.

Snorgash will tell us that the temple priests provide his bugbears with food and weapons in addition to healing some of their maladies. In return, his clan keeps outsiders away from the temple. Unfortunately for him, we will be the last outsiders he ever sees.

Leaving the bugbear stronghold, we will run into a fleeing cultist who will spare only moments to speak with us as he attempts to get as far away from the temple as possible. A follower of the mad god Cyric, the cultist briefly tells us of strange things happening, “voices in the dark” and days passing since the high priestess locked herself into the ritual room…