This small cavern has a surprising amount packed into it. The eastern wing of the cavern contains Severance +2.

SoD rewards us thoroughly for taking M’Khiin with us.

In the north-eastern wing, we find Goblin Hide Armor +2 which is another piece of M’Khiin-specific gear. 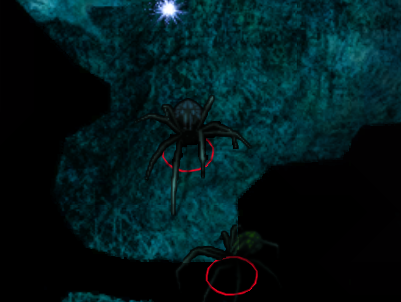 The northern wing has a Seven-Legged spider we can loot for a Giant Spider Leg, an item needed for Neera’s quest.

Upon entering the western part of the caverns we feel the lair shake. We discover that a swarm of boring beetles and a giant rhino beetle are making all the noise.

Placing an egg in a party member’s inventory will allow us to safely lure the rhino beetle. 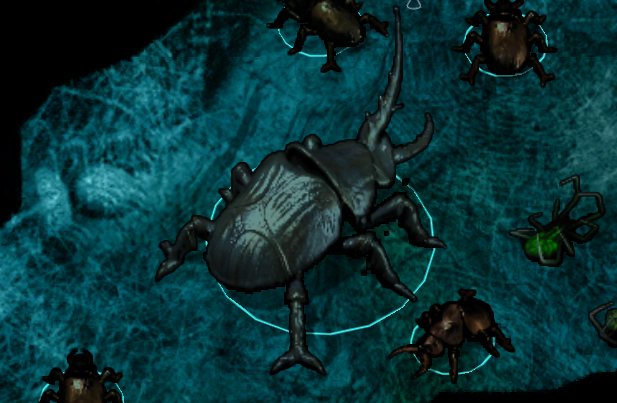 Using the spider eggs is far from necessary.

We can use the Spider Eggs we find throughout the lair to lure the rhinoceros beetle away from the other beetles if needed. The rhino beetle will drop a Rhino Beetle Shell which can be used later to craft armor. 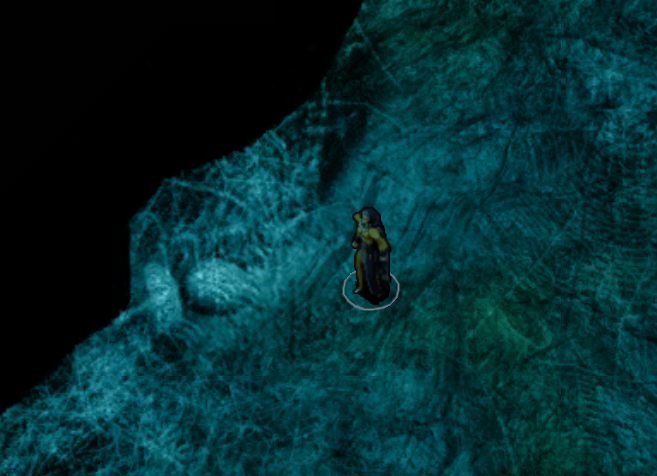 Mouse over the walls until we get the loot icon, it does not highlight.

Spider silk is a quest item for Khalid’s quest. He will mention he wants to make something nice for Jaheira after we resolve the situation at Bridgefort. It can also be found in the Hidden Cellar in the next chapter so it is not critical that we pick it up in Chapter Nine.

There are least four throughout the lair, one will suffice. Thanks, joe!