Upon entering the map we see Skie one-shotting some enemies she claims were attempting to poison our rations. She chased them all the way to the Coast Way Forest before putting them to the sword.

Most dialogue options (I wanted to use) result with her begrudgingly storming back off to the camp. However, if we are gentle in our approach we can give Skie some food for thought; either that she’s part of something larger than herself now or that she shouldn’t be blindly heading off into adventure and dying like her brother Eddard. 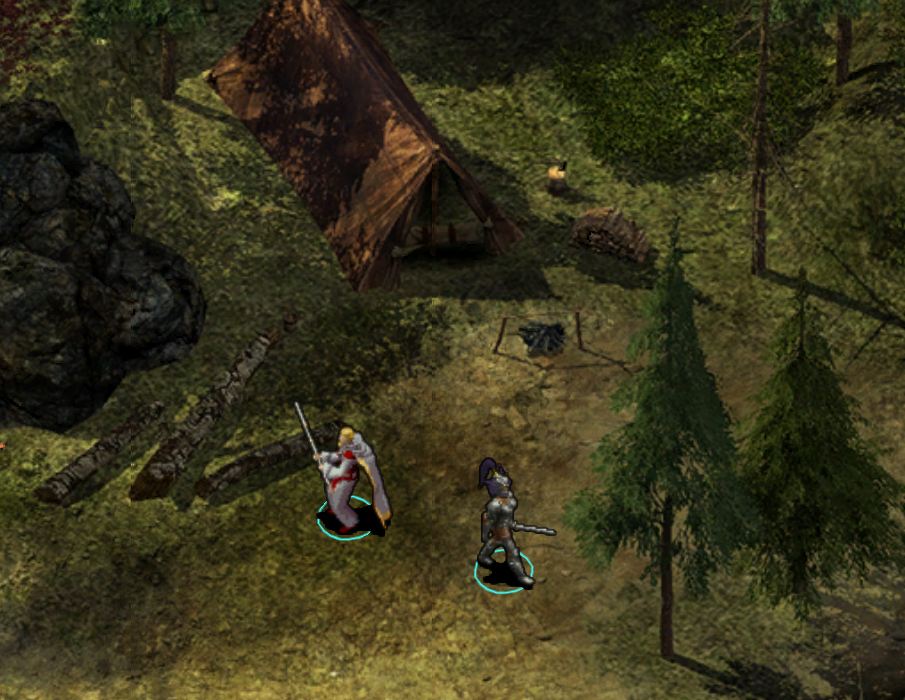 The two are hunting a vampire in the area. We can help them or turn on them and side with the vampire.

We can now return to Takos at the Coast Way Crossing to complete his quest.

A mysterious note. I am uncertain of its meaning.

Editor’s Note: I remembered that at one point in the making of SoD the devs planned on including Warlock’s Crypt as an area to explore. “L” certainly refers to the lich wizard Larloch, known as the Shadow King, a survivor of the fallen empire of Netheril. The development of this part of the game was scrapped for one reason or another and this letter is likely of little consequence to the rest of the game. Any role Tsolak might have played lies in unused code.

Rasaad is equipped with his Glimmering Bands & Moonlight Walkers from BG1.

Rasaad is willing to join now. He is searching for answers but currently grasping at shadows. He feels that joining us may lead him to what he seeks faster than remaining in Baldur’s Gate caring for refugees. We can recruit him or have him wait for us at the Flaming Fist encampment.

In the south west of the map are a group of orcs and several worgs. It appears they intercepted a small caravan, a man and woman traveling. Their corpses lay next to an overturned cart and even their horse slain. Of there belongings, a strange dagger and a crusader tract are of note.

Found on a dead traveler in the SW of the map.

This interesting little blade comes with 30 charges. Each successful attack has a chance of generating a random gem, consuming a charge and places it in our inventory. Once the charges are depleted it will turn into the Gemblade +2. It comes with the nice bonus of +1 to intelligence.

The crusader tract seems to be more propaganda. However, the letter also contained notes that show someone attempting to deduce Caelar’s true motives. We are only able to fill in a few gaps regarding Caelar’s past, her meeting Hephernaan, and her potential end-goal. There is a clear suspicion of ulterior motives by more than us. 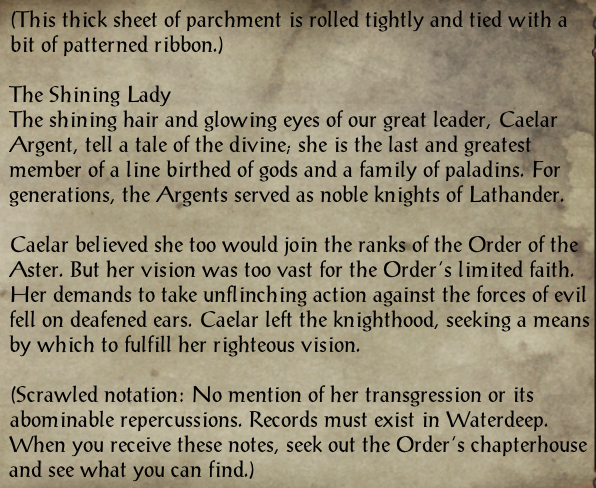 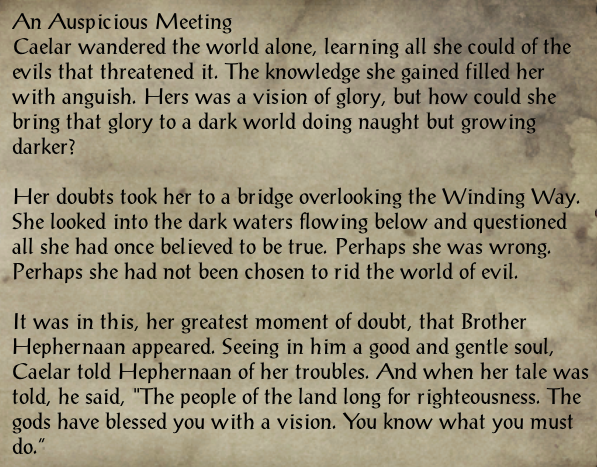 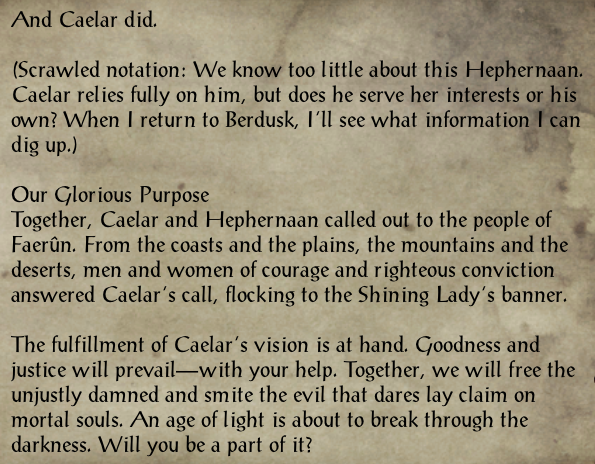