In the alley behind the Three Old Kegs, we see a woman named Aileen next to a corpse in the back of the wagon. She tells us it’s her cousin, a refugee, who fell ill and died shortly after coming to Baldur’s Gate. She claims the temple requires 100 gold for his burial and she is 15 gold short.

Editor’s Note: Credit to Germain for the heads up!

Four petty thieves looking for a new mark. It is barely worth the effort to take the trash they call equipment from their corpses. In a previous playthrough, I convinced one of them to bugger off leaving only three to kill (Likely charisma check). There’s really not much to this encounter, I didn’t even give the picture a caption! The devs didn’t even think they warranted a quest name like, “Four Play” or, “Five Finger Foursome“…I should write those down somewhere…

Robel, no need to cry about it…I’ll get my coat…

Robel is outside hollering to drum up business and he’s thirsty. Convince Katheera, the bartender on the first floor of The Three Kegs, to give Robel something soothing to drink 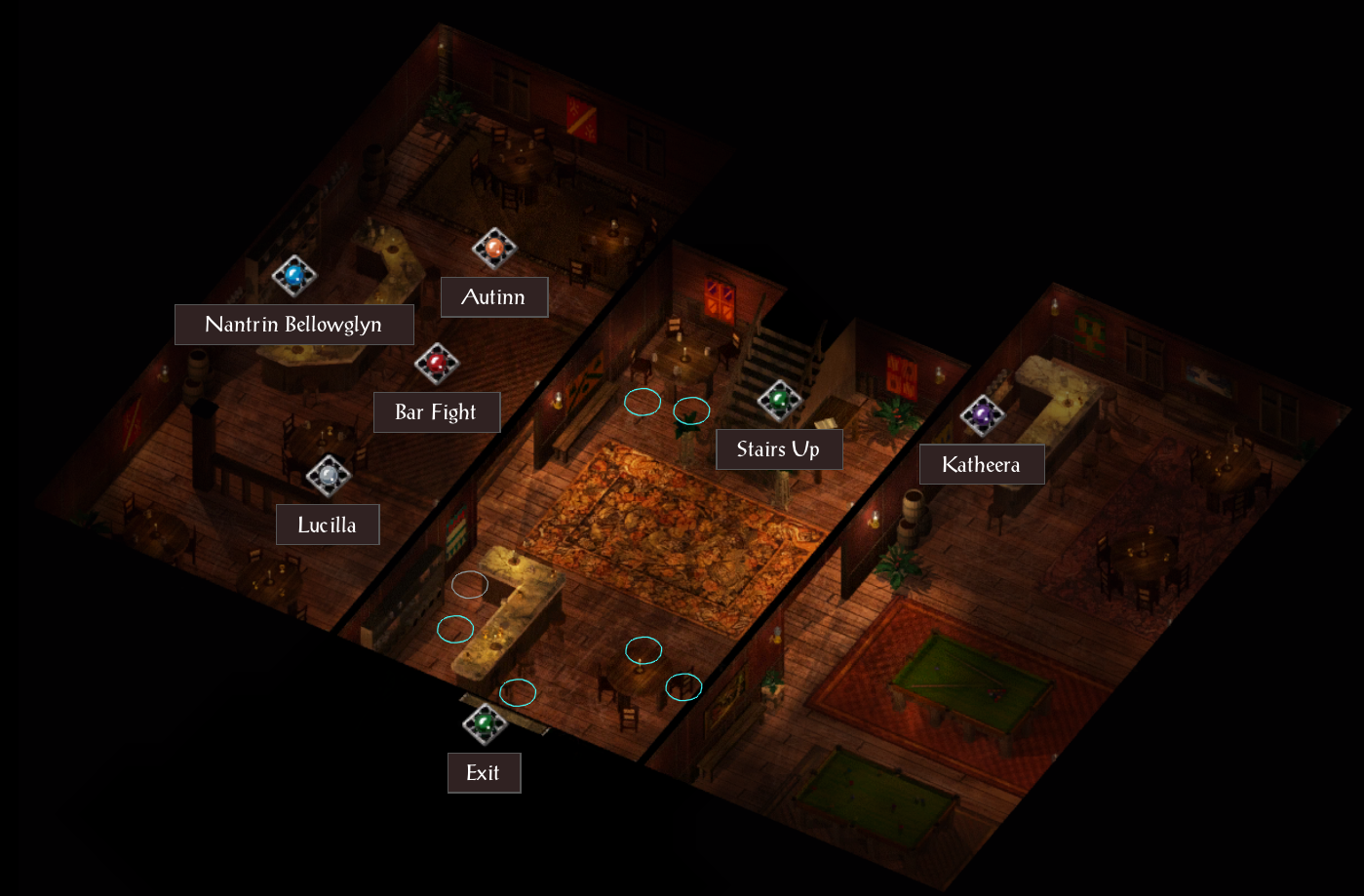 Speaking to Corwin with CHARNAME I was surprised to hear her agree to have a drink. She orders wine and we are able to discuss why she joined the Flaming Fist, what she knows of Caelar Argent, CHARNAME’s background…annnnnnd of course, proposition her for sex. You know Minsc and Boo want in on that!

Editor’s Note: Regarding romances, Siege of Dragonspear has a lot of them. I will not be covering them in the walkthrough, but I will put a link to an overview of romances in the Hints & Tips section. 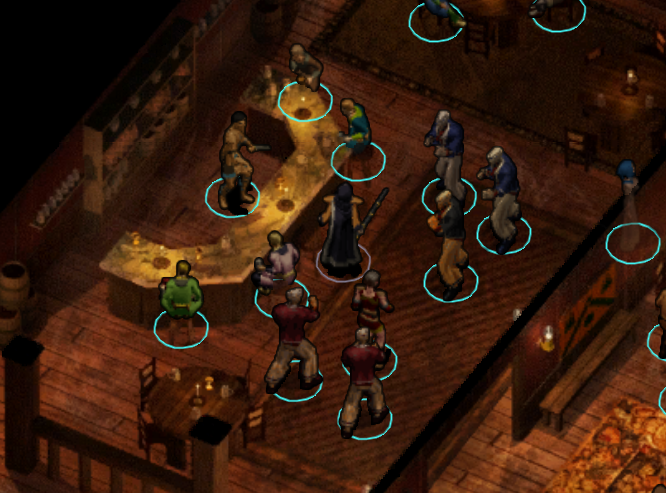 Time to choose a side.

Rival sailors threaten to tear the place apart starting with Autinn drunkenly shooting his mouth off at Lucilla and her crew of The Amnian Delight. Never one to take crap from a man, Lucilla is quick to fisticuffs. Nantrin Bellowglyn, the bartender will ask us to diffuse the situation and stop the fight and potential damage to his bar.

We can also just murder Autinn and/or Lucilla for their respective awards…murder is not always the answer, but it could be this time if we want it to be.

Confront Ozil, Hastus, and Berahli on who are living it up having stolen our money from Ophyllis. They have the anticipated sob story about their hardships the Crusade has caused, even mentioning they did it to help other refugees for the greater good (“the greater good…” Hot Fuzz…so good). They’d even be willing to turn themselves into the Flaming Fist so at least they’d have a roof over their heads…pathetic…as are our choices to reconcile this situation.

[Meeting of the Minds]

Editor’s Note: Joining their plot seems to have a charisma requirement as I was not believable to the nobles on my CHARNAME (Cha 11). Also, the amount of gold & xp I received from blackmailing them was less on this playthrough.

There’s an opportunity for shamelessness here…

Delenda does not wish me to be in her room…I’m am not sure I can blame her. We can play it a number of different ways depending on the stats of our CHARNAME.

Editor’s Note: (Str 12, Int 19, Cha 11) Unable to be convincing on the anti-aging spell. Unable to intimidate the guard.

Minsc and Dynaheir are willing to join, they are an inseparable pair. Safana clearly thinks we’re taking all the fun out of the journey by bringing more company.