Sarevok had just died by my hand moments earlier. Now my motley crew consisting of Khalid, Jaheira, Safana, Dorn, and Neera chase the remaining followers of Sarevok down into the Korlasz family crypt… 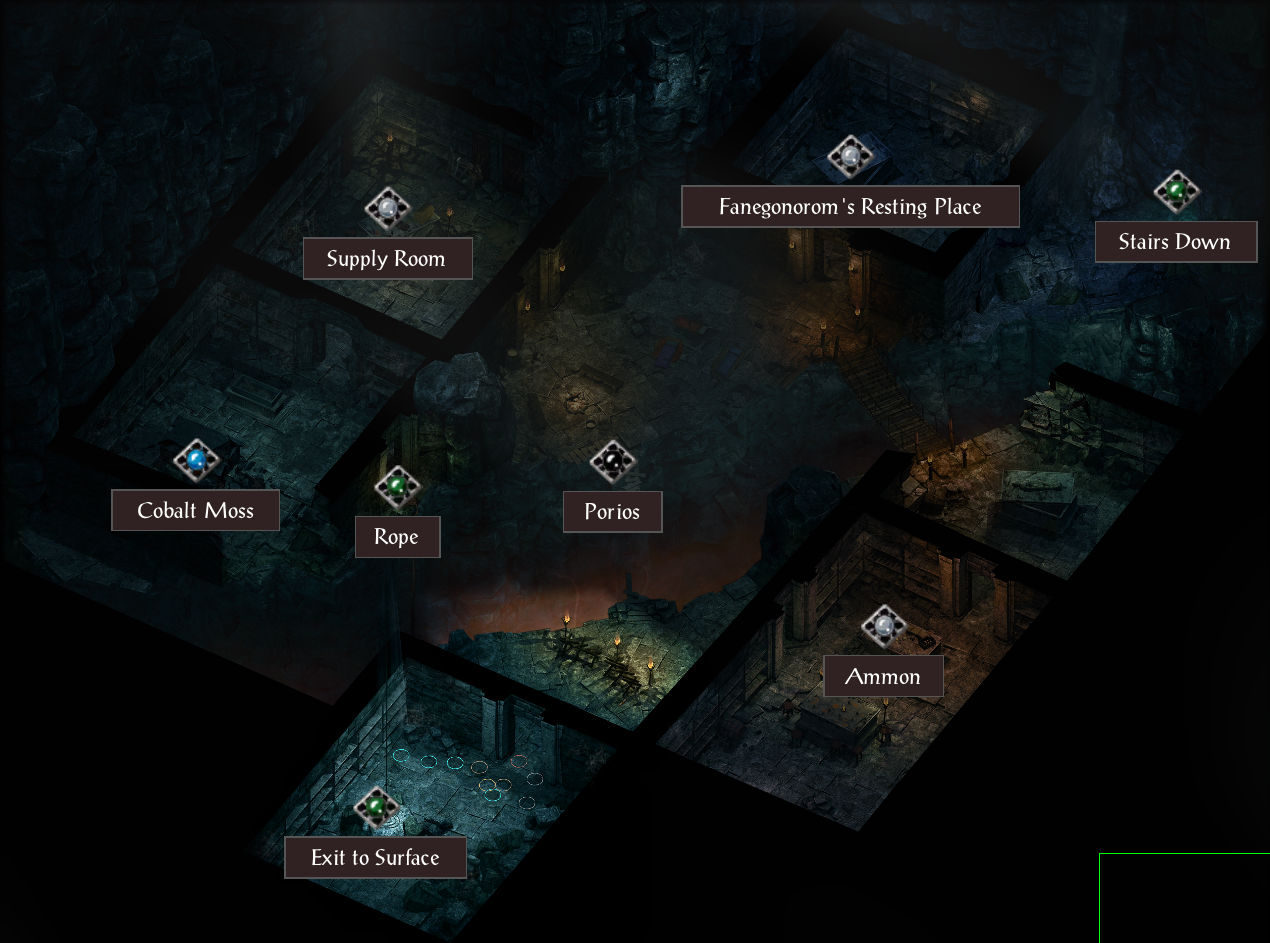 Imoen has been studying the Weave under the tutelage of Duke Jannath and is currently unable to assist me directly. She follows close behind with a handful of Flaming Fist mercenaries. Safana will have to do. The journey has taken its toll on all of us. The party members don’t hold back in telling me once we are through with this crypt, they are gone, maybe forever.

Quest: Tome of Great Value – Ammon, a researcher, asks us to bring her, “cobalt moss” should we find any.

One of Sarevok’s followers, Porios, has stolen an item from his dead leader and plans to ship it out of Baldur’s Gate. He made his final stand in a supply room. At least he had the decency not to bleed all over the caster cloak I found on his corpse. 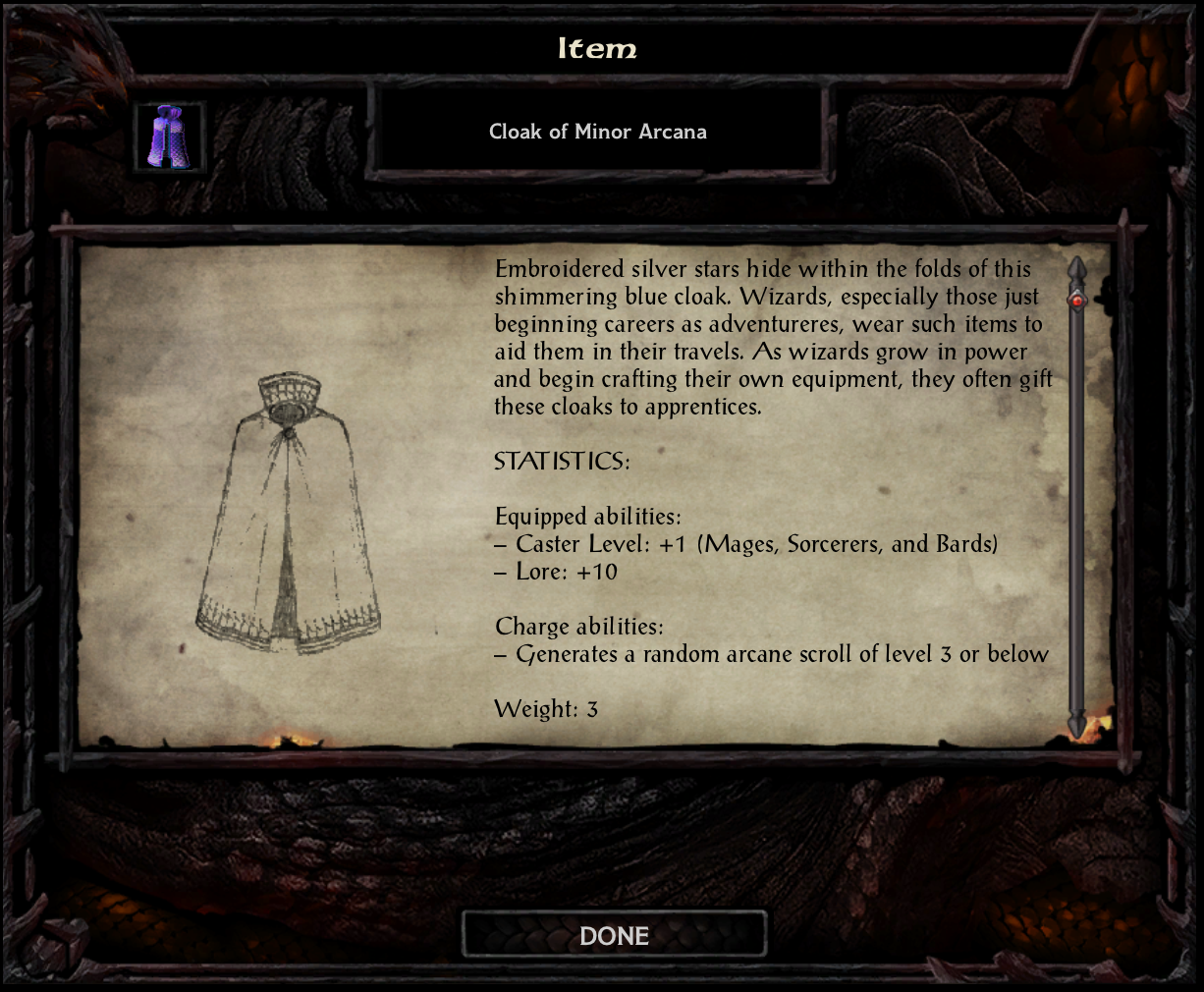 Quest: The Mummy’s Orders – Fanegonorom, a mummy, is mad as hell Sarevok’s remaining followers are disrupting his sleep. Normally I don’t make deals with the dead, but I am already planning to put Korlasz to the sword…perhaps I will help just this once! 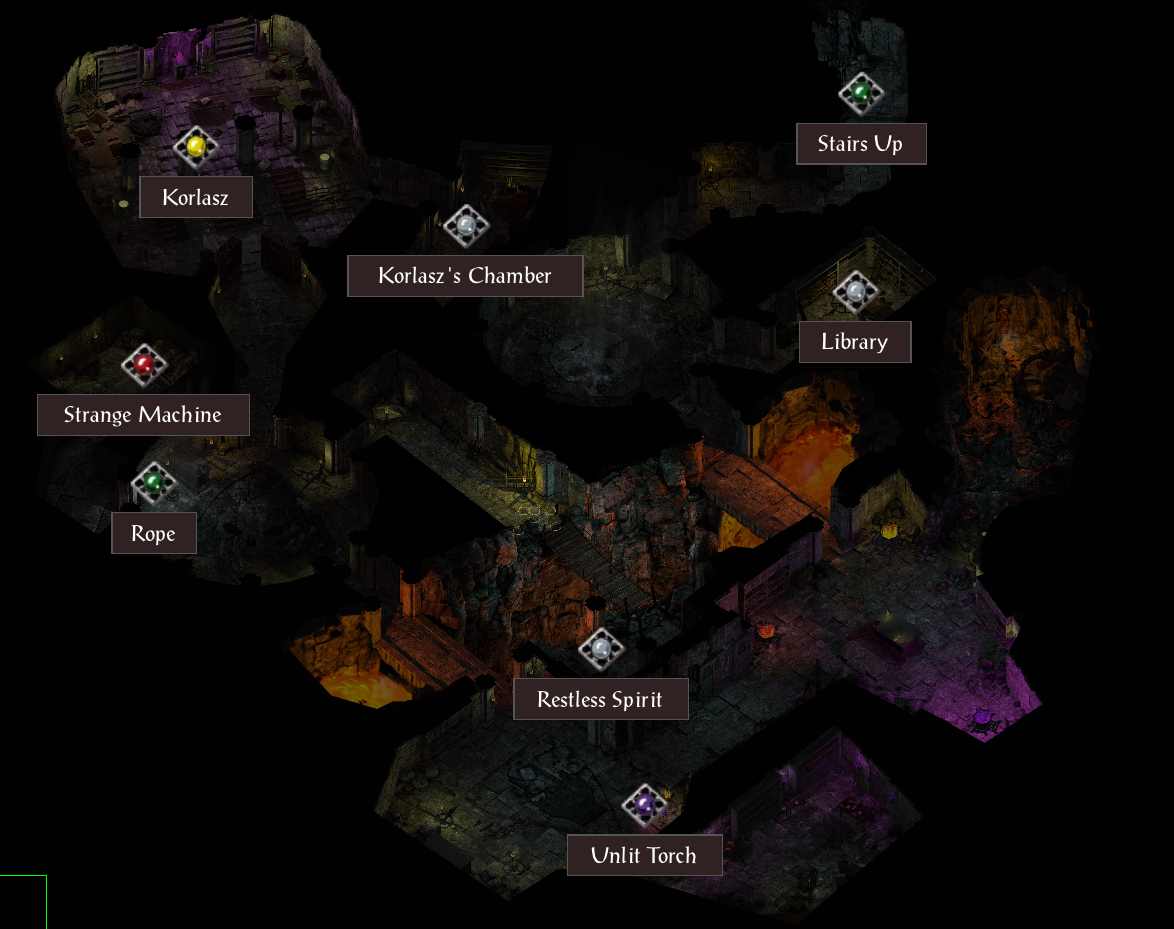 The lower level of the Korlasz family crypt is littered with Argent Crusade recruitment pamphlets, promising to bring “justice” to the land and fortune to those who lend their swords. It appears Sarevok’s remaining followers are looking for a new leader to follow.

Quest: The Shattered Staff – Just beyond the library we cleared out a group of boring beetles feasting on the remains of what I can only guess is another follower. A staff missing its ornate headpiece is discovered amongst what’s left of the body…

Yellow, red, and purple braziers burn brightly as we continue to kill our way through wave after wave of undead. Noticing that one torch in a row of torches had extinguished, my obsessive compulsive nature required me to relight the torch in purple flame to return symmetry to the racks of torches. To absolutely no one’s surprise, the false wall made way revealing a hidden room with more loot! 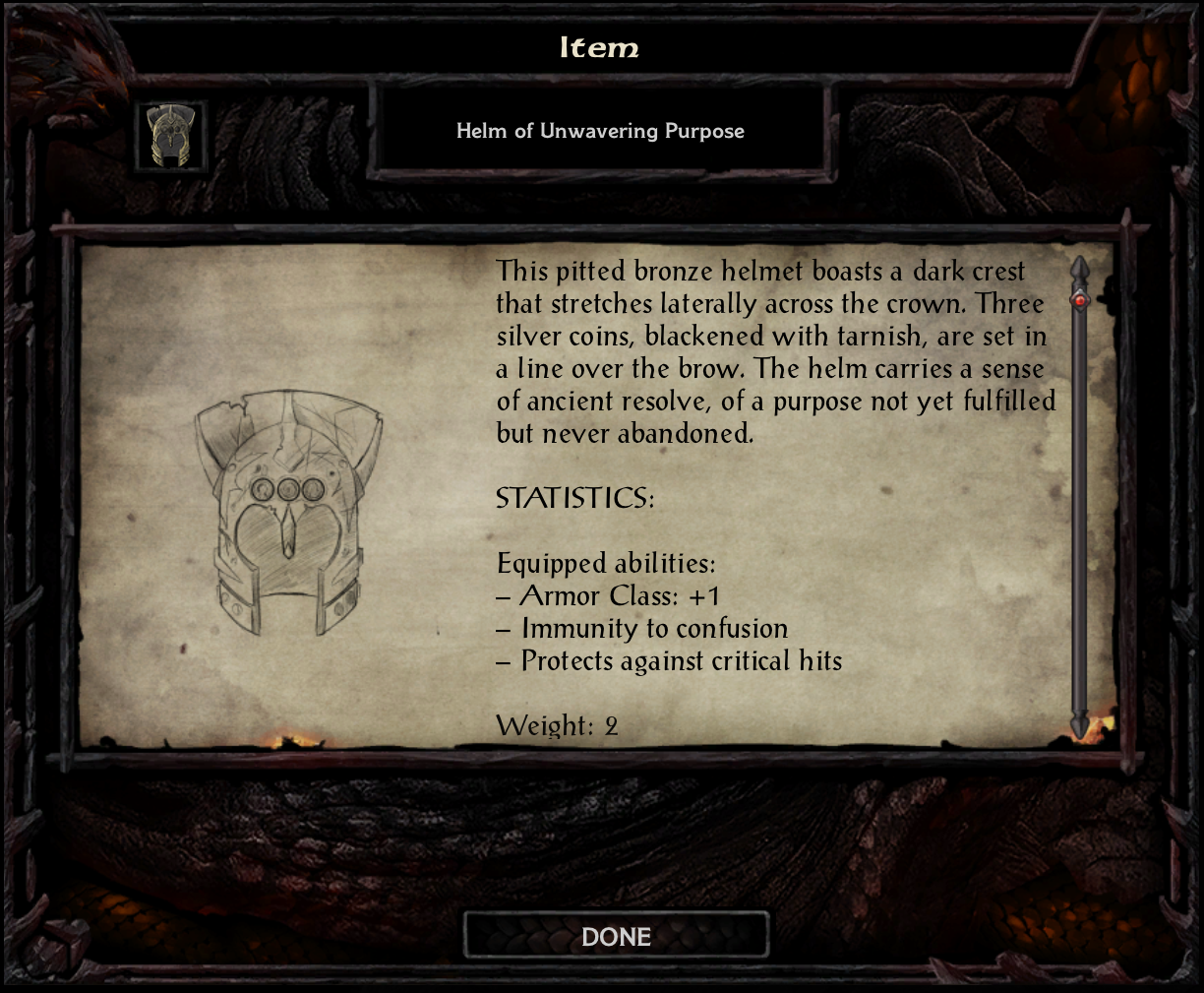 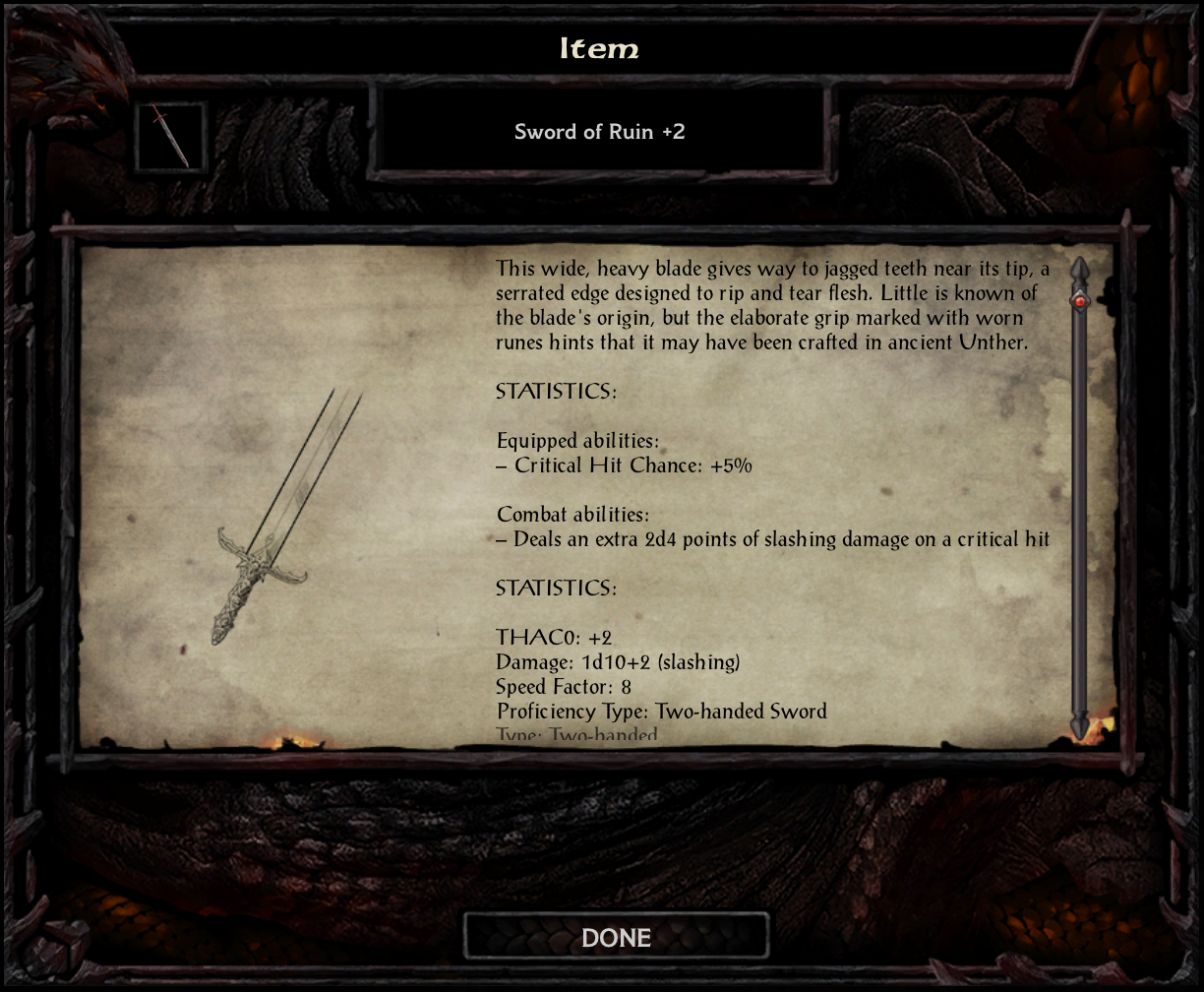 Quest: Sarevok’s Secret – It appears Sarevok made use of this crypt for a time I discover in his writings. It appears in a temple of Bhaal somewhere north of Baldur’s Gate there is a hidden room he frequented during his time in the region.

Quest: The Shattered Staff – I’ve found the owner of the shattered staff, a restless spirit has asked me to return the staff and headpiece to his tomb. The only place left to look is wherever Korlasz is holed up in this dank place.

A large mechanical lever in front of a strange machine opens the barred door to Korlasz’s antechamber. Initially defiant, Korlasz’s minions were slain one by one until only she remain. The realization of impending death forced the mage to surrender into the custody of the Flaming Fist.

Quest: The Shattered Staff – We found the ornate headpiece among Korlasz’s belongings and returned it to the restless spirit’s tombs. Upon returning the assembled staff a secret compartment with several jewels opened to my delight.

Back in Korlasz’s private chambers, I perused her journal. It recounted aligning beliefs with Sarevok’s mission and her family’s background with The Dead Three. There is mention of him visiting a temple of Bhaal near Bridgeport and eventually taking up residence in the Iron Throne building (we’re all too familiar with that part of his story).

The remaining entries mention Sarevok’s death and the follower’s inability to leave Baldur’s Gate due to the influx of refugees and heightened security, all due to the Argent Crusade’s presence in the region. Lastly, it appears that Sarevok’s sword was somehow stolen from Ducal Palace and sent to Waukean’s Promenade in Athkatla, still bloodied from our battle. Korlasz had hoped to use the sale of the sword to fund her escape from the city.

I found a pile of Bhaal research Duke Jannath and Imoen would appreciate the opportunity of studying. I will make sure to give it to her before we leave this place.

Quest: Tome of Great Value – We felt like climbing up a mysterious rope dangling down from the upper level of the crypt. There we found Ammon’s cobalt moss. She requires it to complete a potion that will reveal hidden secrets of an old Netherese text currently residing in Candlekeep. Unfortunately, she does not have a book of great value to enter. I give her my signature to help her petition the monks to gain entrance.

Quest: The Mummy’s Orders – Fanegonorom is pleased with the crypt now silence. Our reward, a shiny shield… 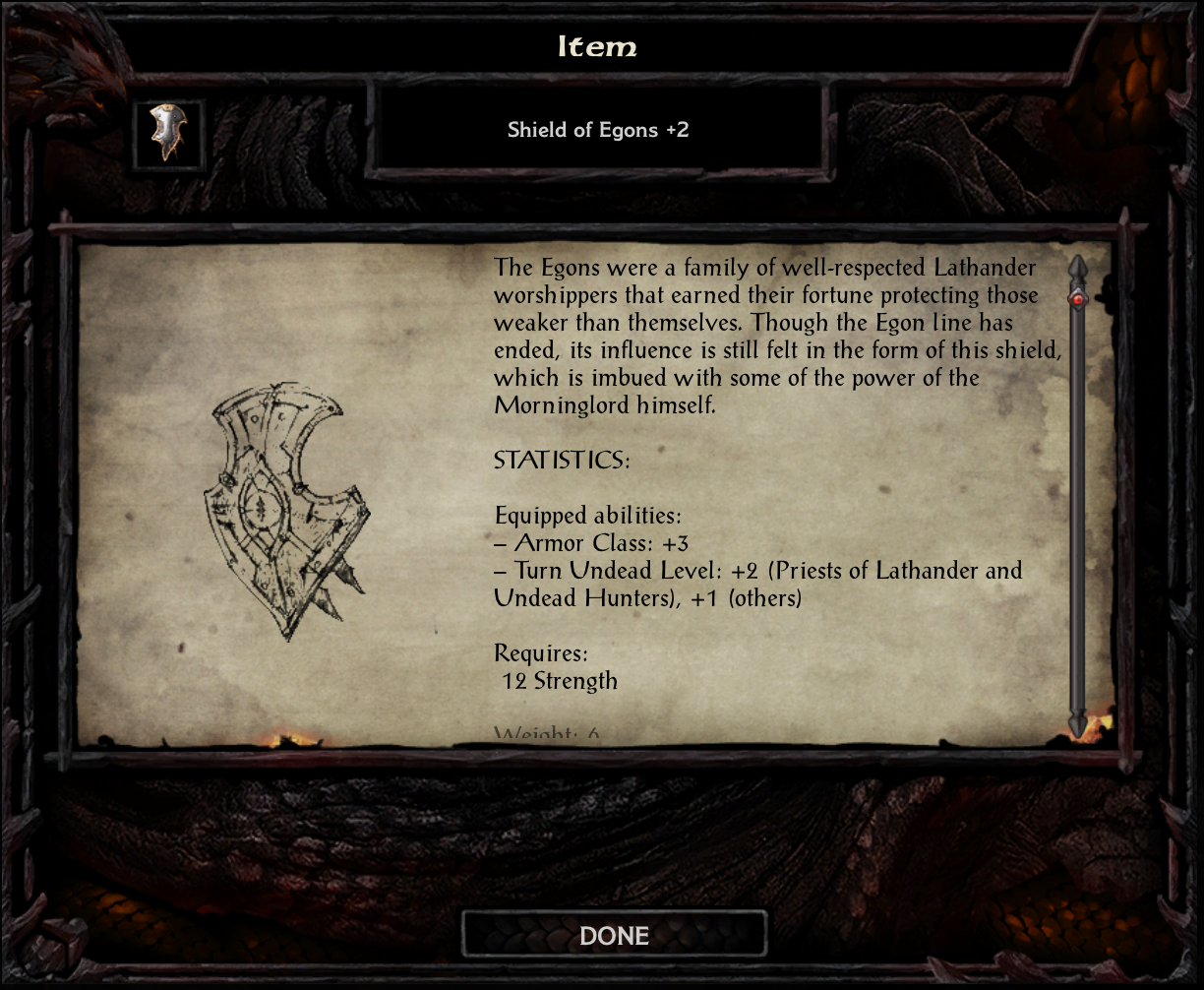 Off to Ducal Palace now, for some long awaited rest.